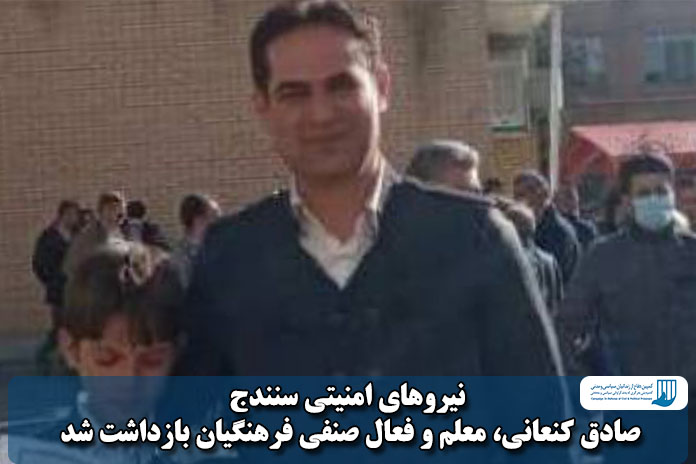 Security agents in the city of Sanandaj arrested Sadegh Kanaani and transferred him to an unknown location. The details of the charges against this teacher are not yet known.

According to the Campaign for the Defense of Political and Civil Prisoners; The Coordinating Council of Cultural Trade Unions of the country published a report and wrote: Sadegh Kanaani, a teacher and Cultural Trade Unions activist living in Sanandaj, the capital of Kurdistan Province, was arrested by security forces In the early morning hours of Wednesday, July 22nd, 2022.

According to the report, no information is available on the reason for the arrest, the charges, the detention agency and the whereabouts of Sadegh Kanaani as of this writing.

In recent days, more than 100 teachers have been arrested and charged on trumped-up charges by calling for a protest rally of educators and employed and retired teachers.