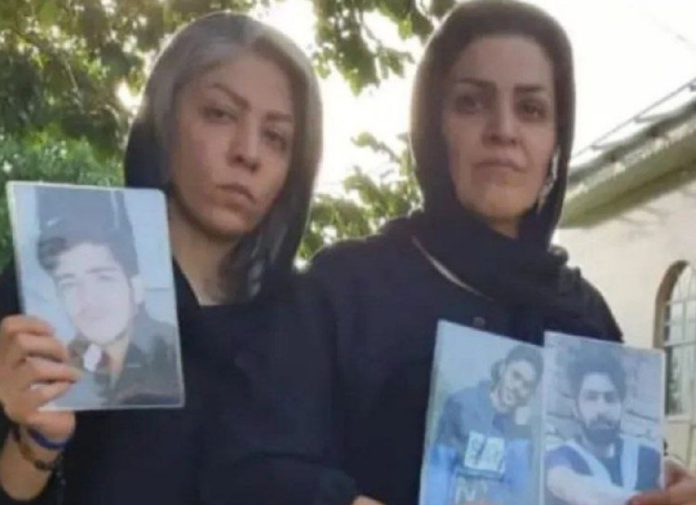 Mahboubeh Ramezani, Pejman Qolipour’s mother, and Rahimeh Yousefzadeh, Navid Behboudhi’s mother, the victims of November 2019, were temporarily released from the detention center upon the completion of the interrogation process and setting a bond.

According to the Campaign for the Defense of Political and Civil Prisoners; on Monday, July 25th, 2022, Rahimeh Yousefzadeh, Navid Behboudhi’s mother, along with Mahboubeh Ramezani, Pejman Qolipour’s mother, were released after going through the interrogation process.

According to this report, Mahboubeh Ramezani and Rahimeh Yousefzadeh were released after intensive interrogations, but until the time of writing this report, there is no information available about the amount of bail or bond for their release.

Navid Behboudhi died during the nationwide protests in November 2019 after being hit by security agents’ direct bullet in Shahr Quds, a suburb of Tehran province.

In the same context, Fars news agency, affiliated with Iran’s security agencies, claimed: “A number of elements carrying out the orders of the foreigners were arrested by the security agents during a meeting that was held to create a disturbance. Their foreign financial contact has also been arrested in a separate operation.”