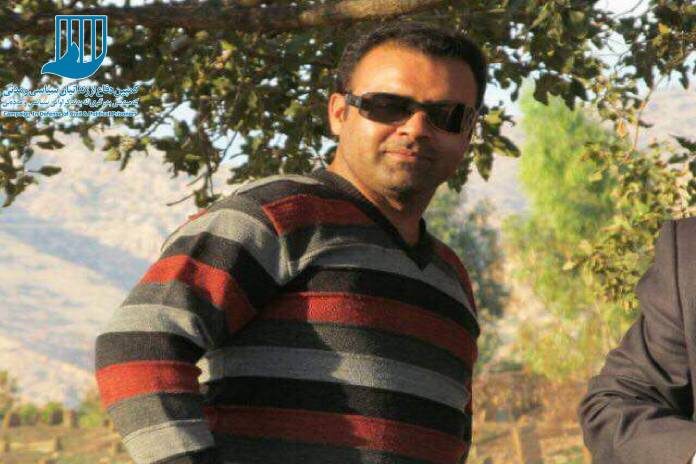 Farhad Jahanbeighi, a Kermanshah journalist, was arrested by the Intelligence Agency forces during a visit to his home on July 17TH, 2018, and was released after four days, and has disappeared since July 24TH, 2018, and there is no news of him available.

According to the Campaign for the Defense of Political and Civil Prisoners, Farhad Jahanbeighi, a civil-political activist and journalist from Kermanshah who was arrested on July 17TH, 2018, when he was going to his house by the Kermanshah Information Bureau and released on July 20TH, 2018, has disappeared since July 24th, 2018 with no news on his status.

According to a human rights activist, the family of the Kermanshahi journalist has been threatened by the Ministry of Intelligence officials repeatedly to not inform anyone about his situation or to not interview with media.

This informed source said, “The family of Mr. Jahanbeighi, does not have any knowledge of his status and the Intelligence officials have visited their house in the past few days and pressured them to not contact any media about him.”

He added: “Since March 2017, Farhad Jahanbeighi has been arrested several times and was called to the Information Bureau.”

Farhad Jahanbeighi, the editor of the suspended weekly paper “Nedaye Jameh” (Community Call), was previously arrested in Kermanshah by security forces in 2015, and his home and office were searched.

Farhad Jahanbeighi is a journalist, a civil, cultural and literary activist. His activities history includes editor of Kurdish-Persian weekly journal “Nedaye Jameh” (Community Call), a branch secretary and a member of the Central Committee of the “Hezb Jadak” (Kermanshahi Students and Students Society), the Secretary of several associations Literary, holding human rights classes and campaigns, holding classes and courses in Kurdish language education, and supporting Kobani and Shingal campaigns in Kermanshah.