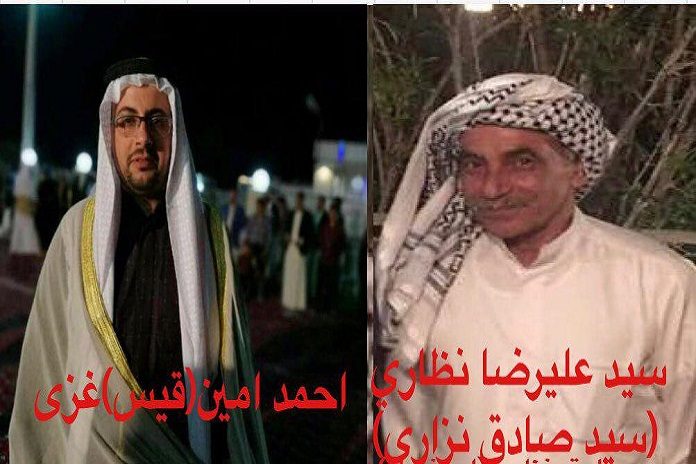 The detentions for two Ahvaz citizens, Ahmad Amin (Qais) Ghazi and Seyyed Alireza Nazari (Seyyed Sadegh Nizari), were extended. They were arrested after being attacked at the headquarters of a military parade in Ahvaz. Their detentions were extended while the Branch 12 of the Revolutionary Court already issued the 500 million Toman bail each.

According to the Campaign for the Defense of Political and Civil Prisoners, on Wednesday, January 16th, 2019, the detentions of two Ahvazi citizens were extended by Branch 12 of the Prosecutor’s Office of the Revolutionary Court of Ahvaz, while the 500 million Toman bail for each had been issued

Local sources reported to the Campaign that the trial had been held, without prior notice to the families and without the presence of their lawyers. At the end of trial, the prosecutor, upon the request by Ahwaz Intelligence Office, extended the detention without executing a bail. They were transferred to the Detention Center of the Intelligence Office.

The widespread wave of arrests of Khuzestan citizens began after a deadly armed attack in a military parade in Ahvaz on Saturday morning, September 21st, 2018. According to the official news agencies, 24 people were killed and more than 60 were wounded.

The Ahvaz Intelligence Office, in cooperation with Revolutionary Guard Intelligence, has arrested more than 700 Arab citizens in Khuzestan province since the event. Many of the detainees were transferred to the Ward 4, 5, and 6 of Shaiban prison (Ahvaz Central Prison), and Evin Prison.

Many detainees, after several months of arrest, still are being detained in the Revolutionary Guard and Intelligence Bureau detention centers.