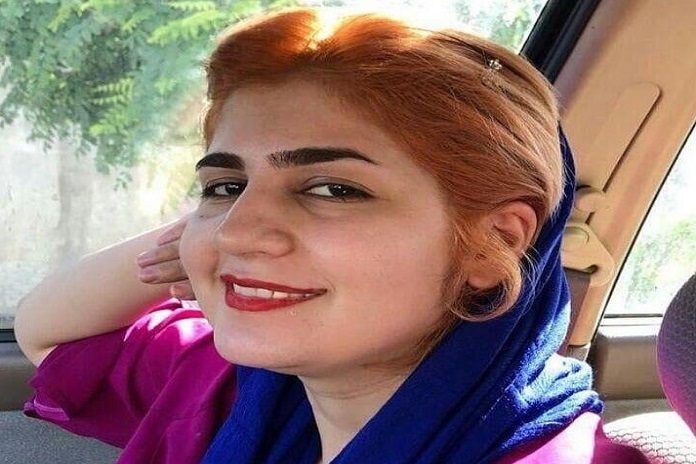 Sepideh Gholiyan, a labor activist who was arrested on January 20th, 2019, charged with “propaganda against the regime” in a new case following the release of forced confessions.

According to the Campaign for the Defense of Political and Civil Prisoners, Sepideh Gholiyan, a labor activist in the new case, has been charged with “propaganda against the regime.”

Jamal Heydarimanesh, Sepideh Gholiyan’s lawyer, has confirmed the news and wrote on his Twitter that his client is currently faced with a new charge of “propaganda against the regime”, which was not his previous charges.

Mr. Heydarimanesh said that a new case has been opened for Sepideh Gholiyan in Tehran’s “Shahid Moghadas” prosecutor’s office. Despite his many attempts, he has not been able to receive an answer or explanation about it.

In the morning of January 20th, 2019, security forces arrested Sepideh Gholiyan along with her brother. On the same day at 11:00 PM, Ismail Bakhshi was arrested.

Their arrest was followed by a protest against the broadcast of forced confessions on television.

In this regard, Human Rights Watch described the imprisonment of Ismail Bakhshi and Sepideh Gholiyan as “the response of the Islamic Republic to their” courageous “words about the” Iranian bankrupt justice system “.

On January 23rd, 2019, the BBC Persian reported that Ms. Ghaliyan’s family succeeded in having a short visit with her. In this visit, one of the detainees communicated with facial expressions that they were beaten up, but the agents did not allow details of this issue to be raised in the meeting.

After the arrest of protest workers from the National Steel Group, security authorities of Iran broadcast a documentary named “burned design”.  The content of this documentary was a televised confession of the detainees.

In this documentary, detainees were accused of communicating with Marxist groups outside Iran, which was denied by the Workers’ Communist Party.

The broadcast of this documentary on Iranian television caused a large number of Iranian users on social networks to the point that Twitter has suspended the account of the Voice and TV Agency for broadcasting the documentary.

Sepideh Gholiyan and Ismail Bakhshi, two arrested labor activists, emphasized after their release that they have been tortured for their confessions during the arrest.