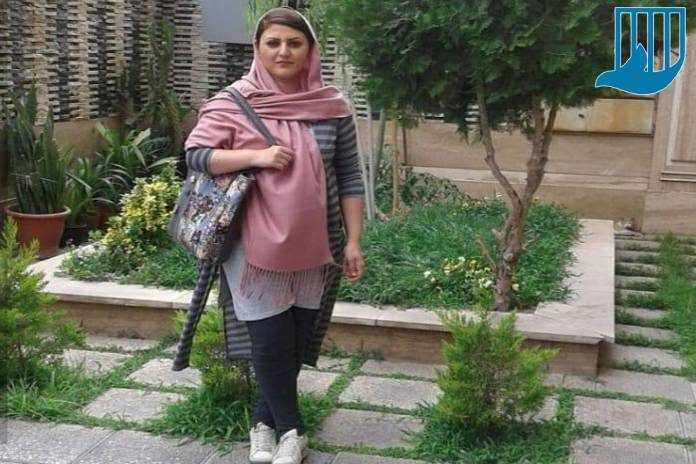 After serving her sentencing from her previous case and providing bail, Galrokh Ebrahimi was released from Evin prison.

According to the Campaign for the Defense of Political and Civil Prisoners, Golrokh Ebrahimi, Arash Sadeghi’s wife, was released from Evin prison on Monday April 8th, 2019 after serving her sentencing from her previous case and providing bail until her new case process.

Golrokh Ebrahimi Iraee, along with her husband Arash Sadeghi, were arrested on September 6, 2014 by the “Revolutionary Guard Sarolah Base “. After the arrest, the Shahid Moghaddasi court ordered 80 million Toman bail for her Facebook activities charges. She was release on bail after three weeks of arrest on September 27th, 2014. But later, in May of 2014, she was arrested once again and was sentenced to six years imprisonment by Branch 15 of Tehran’s Revolutionary Court on the charges of “insulting holy sanctuaries and spreading propaganda against the regime”, which was confirmed by Branch 54 of the Appeals Court without her presence. For the Iranian New Year, her sentencing was reduced to 30 months.

She was transferred to Evin prison by security guards without receiving a summons, on October 24th, 2016.

The human rights activist was accused of writing an unpublished narrative on stoning punishments as sanctity for blasphemy based on an unpublished story. Other examples of his charges include the discovery of hijab and the promotion of hijab through the sharing of scarves with his wife on Facebook, opposition to retaliation, signatures in opposition to the death penalty, participation in gatherings to support political prisoners, and meeting political prisoners.