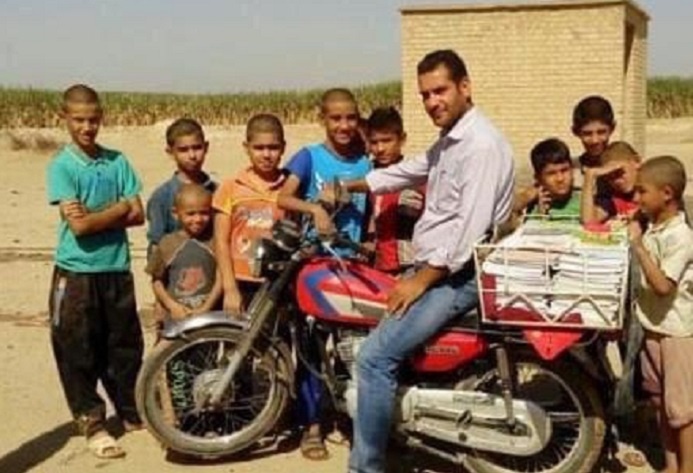 Adel Asakereh, a Darkhoein teacher detained by the security forces in the Shadegan city of Khuzestan, was arrested by security agencies in Ahvaz in the past few days with three other teachers. These teachers were Maher Dasomi, Naji Savari, and Ali Abyidavy.

According to the Campaign to Defend Political and Civil Prisoners, on Sunday May 5th, 2019, Adel Asakereh, an Arab citizens and teachers in Darkhoein, was arrested by security officials. It has been reported that, despite being charged and have the bail amount set, this teacher is still in detention due to her ability to pay the bail.

Karim Dahimi, a human rights activist living in London, also confirmed the news to the campaign saying, “Adel Asakereh, a teacher living in Darkhoein, after criticizing in virtual space about  the distribution of funds and allocation of huge budgets to macro Seminary and centers affiliated to it and the failure to address the issues of public services, as well as the use of the names of officials of the system without any adjectives, have been accused of “insulting holy figures and disturbing public opinion.”

According to human rights activists from Ahwaz, the names of detained teachers are as follows:

۱) Naji Savari, 38, married and has three children, from the town of Bargh,Ahwaz. She is a teacher and writer from the Taleghani School of Ahvaz Farhangshahr.

۲- Maher Dasomi, 30-year-old, married and one child, from the the Pasteurizeh region of Ahvaz. She is a researcher, writer, and Arab activist from non-profit school teachers in Shiban District

۳- Ali Abyidavy, 26, married with three children, from the Alawi region of Ahwaz, teacher in the Quds school of Hamidi

According to the report, “Naji Savari, Maher Dasomi, and Ali Abyidavy were arrested during their teaching session and without a judicial order. Their detention was unlawful in their schools, and without coordination with the guardianship of the education department.”