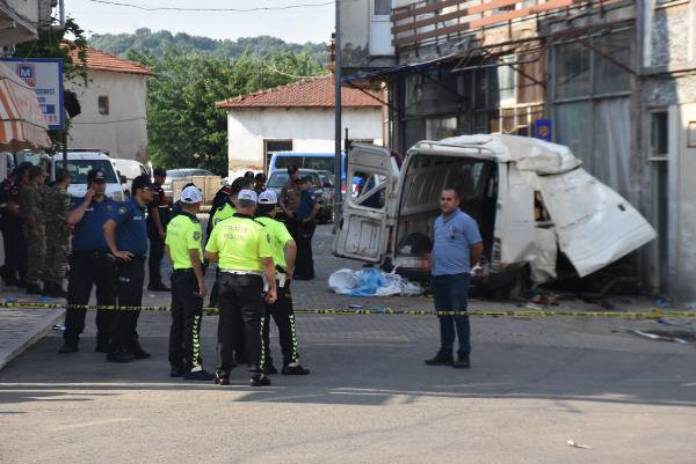 At least 40 asylum seekers were killed and injured in an accident in Edirne, one of the Turkish border towns.

According to the Campaign for the Defense of Political and Civil Prisoners, on Wednesday, June 26th, 2019, a vehicle carrying a large number of refugees from the countries of Afghanistan and Syria intending to reach the border strip of Greece or Bulgaria via the smugglers, experienced a car accident while passing through the province of Edirne to Turkey, a safe haven for a European country.

۱۰ people died and at least 30 were injured during this incident.

A local source told the campaign, “The smugglers who wanted to cross the border would have exceeded the car’s capacity by nearly 45 refugees from Afghanistan and Syria”.

The injured people from the accident have been transferred to health centers by relief teams, and many have been reported to be serious condition.

These asylum seekers, mostly from Afghanistan and Syria, intended to cross Turkey’s border into a safe European country.

Edirne is one of the western cities of Turkey, and in recent years has experienced an increased number of asylum seekers who intend to cross the border illegally to Greece, Bulgaria, and ultimately a European country.

Earlier, Turkish police arrested 496 more Iranian refugees in Edirne. At that time, refugees under the name of the “Caravan of Hope” Campaign were moving to Edirne with the intention to cross the Turkish border into Greece as group.

In recent years, and even more-so over the past two years, the United Nations has stopped the processing of asylum-seekers cases in Turkey and most of these duties have been transferred to the Turkey Immigration Office. Accordingly, most of those who reach Turkey do not intend to stay in the country and refer to Turkey as a passageway, but some of them are arrested along the way, imprisoned, returned to their country, or lose their lives.