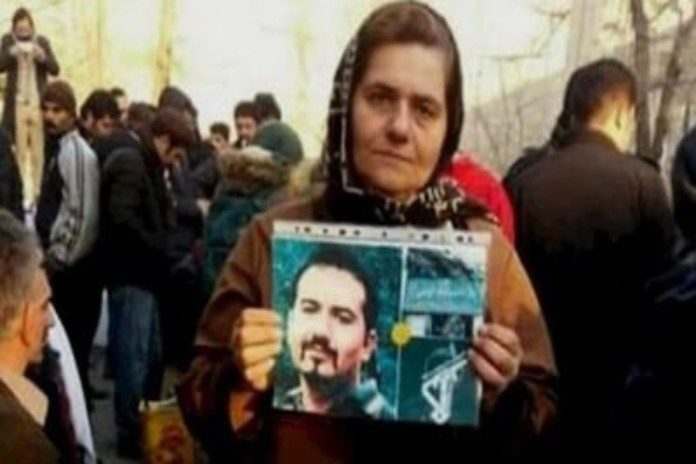 According to the Campaign for the Defense of Civil and Political Prisoners, on Monday, July 22nd, 2019, Farangis Mazlum, the mother of Sohail Arabi, a political prisoner detained in Tehran Great Prison, was arrested by security guards and transferred to an unknown location.

It is reported that the arrest was carried out by 8 security officers when she was at her sister’s home.

The security guards seized her and her sister’s mobile phones at the time of the arrest.

No information is available on the reasons for the detention or the whereabouts of Ms. Mazlum.

Soheil Arabi is a blogger and political prisoner detained in a Tehran Great Prison who has been on a hunger strike since June 15th, 2019.

Some sources say that on Friday, July 12th, 2019, Soheil had suffered from a seizure due to the long hunger strike and low blood pressure. He was transferred to Khomeini’s hospital, but sent back to prison after one night at the hospital.

Mr. Arabi was arrested on November 7th, 2013 by the security forces of Sarallah and has since been deprived of the right of temporary vacation leave.