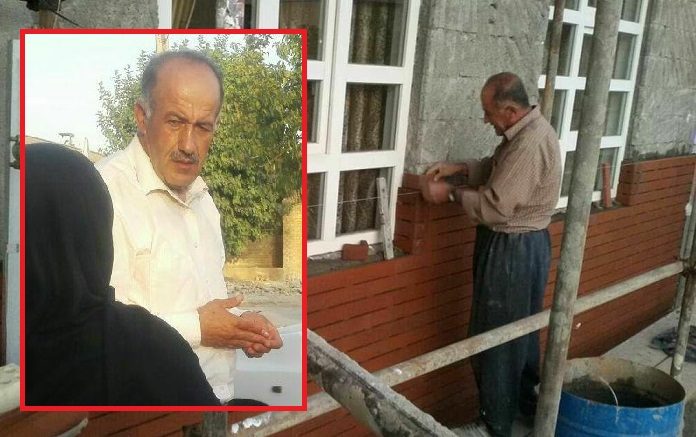 Khalil Karimi, a labor activist and a member of the Iranian Workers Free Trade Union, was arrested by the judicial authorities after appearing at the Sanandaj prosecutor’s office and transferred to Sanandaj Central Prison to serve his sentence.

According to the Campaign for the Defense of Political and Civil Prisoners, today, Monday 23rd, 2019, Khalil Karimi was transferred to Sanandaj Central Prison to serve two months in prison.

According to informed sources talking with the Campaign: “At 10 AM this morning, Mr. Karimi, a Kurdish labor activist from Sanandaj, had gone to the Sanandaj Revolutionary Court with his family and a number of friends where he was arrested and sent to prison.”

On November 17th, 2018, the first branch of the Sanandaj Revolutionary Court, chaired by Judge Hossein Saeedi, sentenced Mr. Khalil Karimi to one year in prison for “participating in the International Labor Day celebration” as well as for “supporting the campaign not to execute Ramin Hossein Panahi”. The sentence was formally communicated with him in January of 2019. Later, the sentence was reduced to two months by the fourth branch of the Kurdistan Regional Court of Appeal.

Earlier on September 10th, 2019, Campaign had reported on this activist court at the branch of the Revolutionary Court in Sanandaj that the charges against him was questioned.