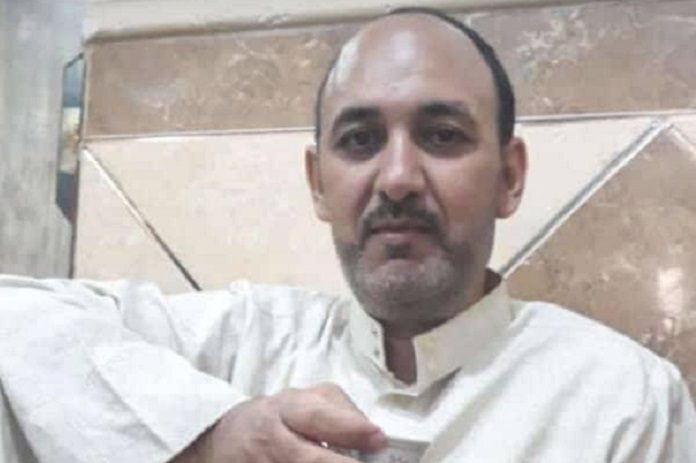 Ali Abidawi, an Ahwazi Arab teacher and a member of the al-Halal Cultural Institute, who was arrested in May by intelligence officials, was temporary released on bail and from Ahvaz Central Prison (Sheiban).

According to the Campaign for the Defense of Political and Civil Prisoners, Ali Abidawi, an Ahwaz teacher and a member of the al-Halal Cultural Institute was temporarily released on 300 million Tomans bail from ward five of Ahvaz Central Prison (Sheiban).

According to the report, other teachers and members of the Al-Halal Cultural Institute, who were detained by security forces at the same time as Mr. Abidawi and afterwards, remain in custody.

According to human rights activists from Ahwaz, the names of detained teachers are as follows:

۱) Naji Savari, 38, married and has three children, from the town of Bargh,Ahwaz. She is a teacher and writer from the Taleghani School of Ahvaz Farhangshahr.

۲) Maher Dasomi, 30-year-old, married and one child, from the the Pasteurizeh region of Ahvaz. She is a researcher, writer, and Arab activist from non-profit school teachers in Shiban District

۳) Ali Abyidayy, 26, married with three children, from the Alawi region of Ahwaz, teacher in the Quds school of Hamidi

According to the report, “Naji Savari, Maher Dasomi, and Ali Abyidayy were arrested during their teaching session and without a judicial order. Their detention was unlawful in their schools, and without coordination with the guardianship of the education department.”

Another member of the Al-Halal Institute, Ahmad Daghaghale, was arrested in Ahvaz on Sunday June 2nd, 2019.