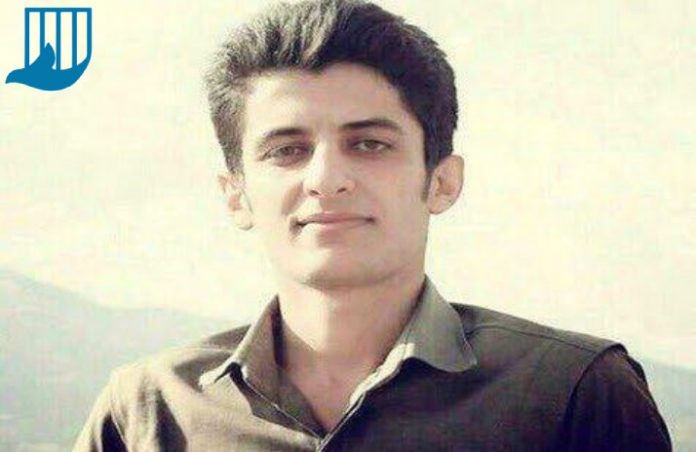 According to the Campaign to Defend Political and Civil Prisoners, Marivan Criminal Court Branch 4 sentenced environmental activist Arman Ghafouri to six months in prison and 20 lashes on charges of “disturbing public order by participating in a protest rally against Turkish army attack on Afrin province”.

It is said that Mr. Ghafouri’s trial was held last week without his and his lawyer’s presence.

Arman Ghafouri, an environmental activist and geography student at Payam Noor Marivan University, was arrested by the Marivan Intelligence Service on July 30th, 2018.  After 3 months of interrogation, he was transferred to Marivan Prison on October 31st, 2018.  He was temporarily released from Marivan Prison on bail on December 10th, 2018.

Earlier, an informed source told the Campaign, “The family of this environmental activist did not announce his arrest due to pressure from security services. On August 18th, 2018, his family even announced his release on bail, while he was still in detention. “

Arman Ghafouri was previously arrested along with 10 other civil activists for participating in rallies condemning the “Turkish army’s attack on Afrin town” on March 12th, 2018. He was eventually released on a bail of 5 million Tomans.

Arman Ghafouri, as secretary of the Board of Zingeh Payam Noor Marivan, held several environmental conferences and wrote about environmental problems in many environmental newspapers and magazines.

He was an influential member of the “Anjoman Sabz Chia” (Green Chia Association) for many years, fighting against the fires in Kurdistan and Kermanshah.

In recent years, members of the Green Chia Association have been repeatedly pressured and arrested by the Islamic Republic’s security forces and the judiciary system.

The “Anjoman Sabz Chia” (Green Chia Association) was established in 2003 by several Marivan environmental activists. After six years, it was officially licensed by the Marivan Governorate. The association won the National Environmental Award in 2015 for their efforts to promote environmental activities, the prevention of hunting, and effective fire control activities in the Zagros forests.