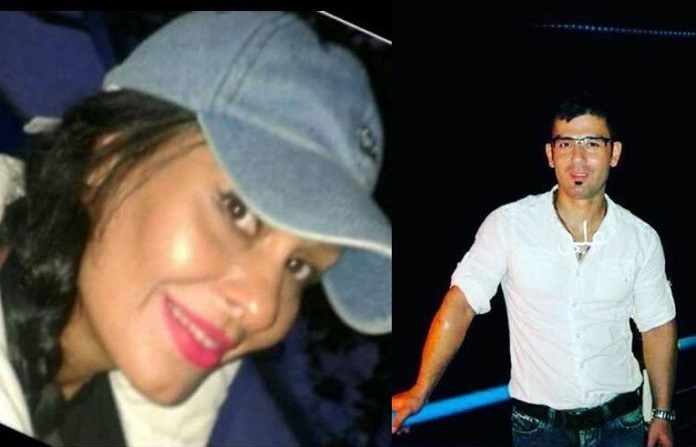 Ali Motalebee and Saeedeh Ghorbani were sentenced to total of eight years in prison in a verdict by Branch 15 of the Tehran Revolutionary Court chaired by Judge Abolghasem Salavati. The two were arrested by security forces in Tonekabon and Shahriar in July and June of 2019.

According to the Campaign to Defense of Political and Civil Prisoners, Ali Motalebee, a resident of Tonekabon and Saeedeh Ghorbani, a resident of Shahriar, were sentenced to total of 8 years in prison by Branch 15 of the Tehran Revolutionary Court on charges of “gathering and collusion against the system”, “propaganda against the system” and “Insulting the leadership” .

According to a court ruling issued on January 14th, 2020, Mr. Motlabee was sentenced to five years in prison on charges of “gathering and colluding with the system” and Ms. Ghorbani to one year in prison for “propaganda against the system” and two years for “Insulting the leadership”. If these sentences become final, according  to Article 134 of the Islamic Penal Code, she must server two years of prison.

Ali Motlabee was arrested by four security guards “with severe physical violence” at 12:30 PM June 26th, 2019. He was arrested at his shop in Tonekabon after they searched the shop and seized some of his personal belongings such as cell phone.

Mr. Motlabee was transferred from the Fatah Qom police detention facility to the Qom Intelligence Office for recording television confessions and after the end of the interrogation process, he was transferred to the Qom Saheli Prison. After a month of detention, he was temporarily released on 200 million Tomans bail on July 27th, 2019.

Saeedeh Ghorbani, another detainee in the case, was arrested by security forces (two men and one woman) at 4 PM on Friday June 4th, 2019. Security forces after arriving and searching her home in Shahriar and seizing her personal belongings, arrested her and taken her to Fatah Qom police detention center for questioning.

According to an informed source, during the arrest of the Ms. Ghorbani, which was also with insult and violent, the authorities did not even allow her to notify her neighbor to inform her only child daughter about her arrest. After taken her to the car, they blindfolded and handcuffed her and taken her to Fatah police station in Qom under security guard watch.

After the charges were communicated to her by the second branch of the Evin Security Prosecutor’s Office, managing by Nasiri, the bail was issued, She was temporarily released on 150 million Tomans bail on August 19th, 2019.