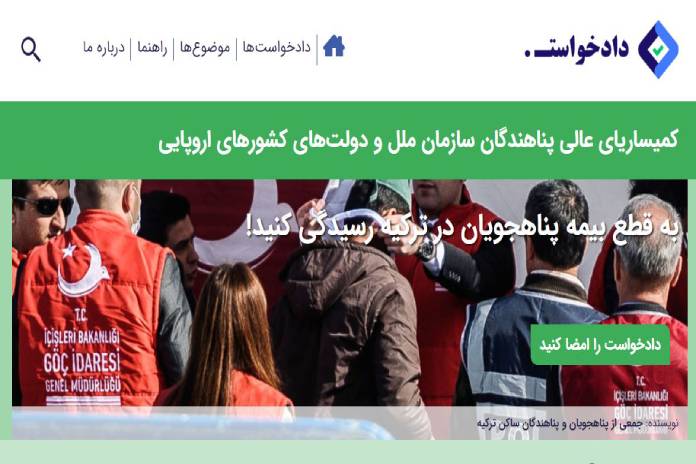 The Turkish Immigration Office, which processes refugee and asylum cases, has canceled the health coverage for many Iranian and Afghan refugees in Turkey.

There are many families in need of urgent treatment and medical services, but the cancelation of the health coverage for asylum seekers has resulted in psychological damage and additional stress, especially to poor families. Also, there have been asylum seekers who have become ill or in urgent need for medical care and have been severely affected by health coverage cancelation.

The problems of refugees in Turkey do not end there: “no permission to leave the city, refusing to issue a work permit, and stopping the refugee case processing have made the situation even more difficult.”

A number of refugees have filed a petition with the United Nations High Commissioner for Refugees (UNHCR), international organizations, human rights organizations and the media, and asked them to not be indifference to this subject and help to restore this basic human right by pressuring the Turkish immigration and government authorities.

To date (March 12, 2020) more than 6,200 refugees, human rights activists and citizens around the world have been calling for the support of refugees in Turkey to extend their health coverage. (Collecting signatures on the petition website continues.)

The text of the petition reads as follows:

To: UNHCR and European governments

From: Iranian Refugees and Asylum Seekers in Turkey

According to reports from Turkey, the Turkish Immigration Offices have canceled the health insurance for Iranian refugees and asylum seekers residing in the country. This has caused concerns among them.

Some Iranian refugees have reported to the Campaign to Defend Political and Civil Prisoners that their health insurance has been canceled. According to some sources:

The United Nations has delegated some of its support for refugees to the Turkish Government. The UN has not given a convincing response to the refugees concerns.

We also urge the (UNHCR) to act in support of the refugees.

Investigate the cancelation of health coverage for refugees in Turkey:

Reports from Turkey indicate that health coverage for Iranian refugees residing in the country have been terminated by the Immigration Office of their cities of residence.

The Immigration Office, which handles asylum seekers ‘cases, had previously canceled some people’s health coverage on suspicion of their financial capabilities, but this time it was reported that “most refugees’ health coverage has been canceled or no longer renewed.”

This has led to widespread concern among refugees, especially those who are ill or in poor financial situation.

Some Iranian refugees have reported to the Campaign for Defense of Political and Civil Prisoners that their health insurance, previously classified as health care, has been canceled after being referred to the Immigration Service for renewal of identity papers and ID cards.

The United Nations in Turkey has entrusted much of its tasks, such as registration, processing of cases, interviews, and so on, to the immigration offices of various Turkish cities. The issue, according to refugee rights activists, has led to local office preferences and deprivation of basic rights for refugees, including cancelation of health coverage.

The United Nations has not yet provided a convincing response in response to the refugee pursuits. Campaign sources, have confirmed that “Assam’s offices, which are affiliated to the United Nations in Turkey, have also handed over the responsibility for this decision to the Turkish city immigration offices.”

Informed sources have told the Campaign: “The current immigration authority in each city may, under its power, pressurize refugees or make changes to their cases for their country’s political-economic or security interests in the process of dealing with them. These changes can lead to fundamental violations of the basic rights of any human being, especially asylum seekers in another country.”

Previously, it has been repeatedly warned by refugees that since the Turkish government has been in the process of examining qualified asylum cases, the pressure on refugees has increased and, in some cases, has led to the expulsion of refugees or the issuance of a leave order.

In this situation, if a refugee is in trouble for any reason, the United Nations will no longer meet her or his needs and ultimately the Immigration Service will have the authority to decide on the asylum seeker situation.

Previously, refugees were offered health coverage and health-care services at public health centers, but according to refugees in Turkey, the health coverage for Iranian and Afghan refugees living in Turkey have been canceled in most cities in recent weeks

They also urge the United Nations (UNHCR) not to be indifferent to the matter and to act.