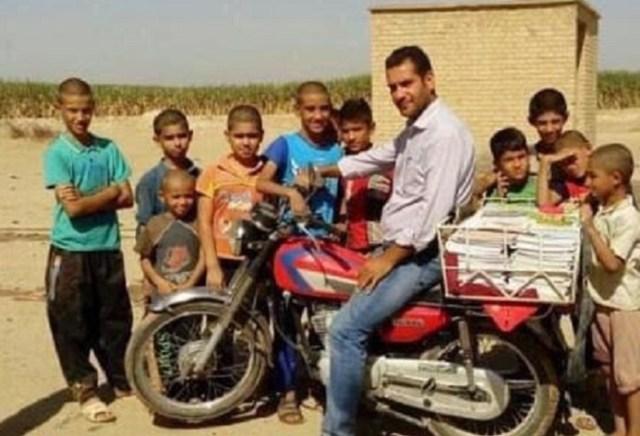 Adel Asakereh (Amuri), an Arab teacher and resident of Darkhovin Shadegan, was sentenced to 9 years in prison.

According to the Campaign for the Defense of Political and Civil Prisoners, Adel Asakereh (Amuri), a resident of Darkhovin and a teacher at Ashrafi Isfahani School in the village of Safheh in Shadegan, with the Veterans’ Judiciary Support Office complained on charges of “disturbing the public opinions” and ” Insult to Sacredness” was sentenced to 9 years in prison in the General and Revolutionary Prosecutor’s Office of Shadegan city.

Adel Asakereh (Amuri), 33, a married man with a master’s degree in history, a resident of Darkhovin and a teacher at Ashrafi Isfahani School in the village of Safheh in the Shadegan district, was arrested by security forces on Sunday, May 5th, 2019. After several months in solitary confinement cell of the Intelligence Office, he was temporarily released on 500 million Tomans bail until the final verdict.

Adel Asakereh, has been accused of “insulting the sacred” and “disturbing the public opinions” because of his critics in cyberspace about the allocation of large budgets to seminaries and affiliated centers, as well as authority’s failure to address service agencies’ issues and using the names of regime officials without respectable prefixes.

According to Karim Daheimi, a human rights activist, Adel Asakereh with publishing content in cyberspace, has criticized government officials for real state frauds by the country’s authorities, as well as the budget of the seminary and its affiliated centers.

According to the report, the village of ” Safheh” in the city of “Shadegan” is located on the side of Karun River, and most of the lands in this village have been taken over by the Sugarcane Side Industries Company (Salman Farsi Company), but the villagers have been resisting and are not leaving their lands and homes.

Currently, the village is surrounded by sugarcane fields of Salman Farsi Company, and the villagers are suffering from skin diseases due to the use of wastewater from the sugarcane factory for washing.