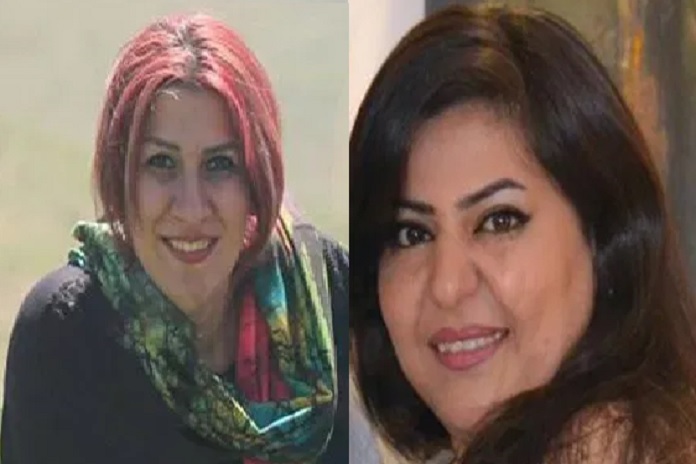 Sofia Mobini and Negin Tadrisi, Baha’i citizens, were sentenced by Branch 28 of the Tehran Revolutionary Court to a total of 10 years in prison.

According to the Campaign for the Defense of Political and Civil Prisoners, these Baha’i citizens were each sentenced by Branch 28 of the Tehran Revolutionary Court, headed by Judge Mohammad Reza Amouzad, to five years in prison on charges of “acting against national security through the Baha’i organization and promoting education.”

These rulings were issued based on Article 498 of the Islamic Penal Code and have recently been communicated to these citizens.

Sofia Mobini along with Negin Tadrisi was arrested at her home in late October 2017, at the same time as the 200th birthday of Baháʼu’lláh, Baháʼí Faith prophet.

Negin Tadrisi was released after the interrogation period and completion of her case, on bail pending her trial on Wednesday, December 22nd, 2017.

Examples of charges against Negin Tadrisi, according to what was mentioned in the lawsuit, included; Documents such as paying tuition for an Afghan citizen’s language class, giving psychological counseling, and personal notes in her diary are among the documents in her indictment.

The constitution of the Islamic Republic does not recognize the Baha’i faith as a religion, so Baha’is have been detained and imprisoned for four decades.

Members of the Baha’i faith in Iran constitute the largest non-Muslim religious minority in Iran. In recent years, ill-treatment of Baha’is has intensified, including the destruction of their cemeteries, arbitrary arrests, home invasions, confiscation of property, dismissal, and deprivation of basic civil rights. Iranian Baha’i youth continue to be denied the right to university education, and any university where Baha’i students study is forced to expel them. Baha’i professionals are barred from being appointed to government jobs and are discriminated against by private companies because of their beliefs. Even those who defend them are attacked.