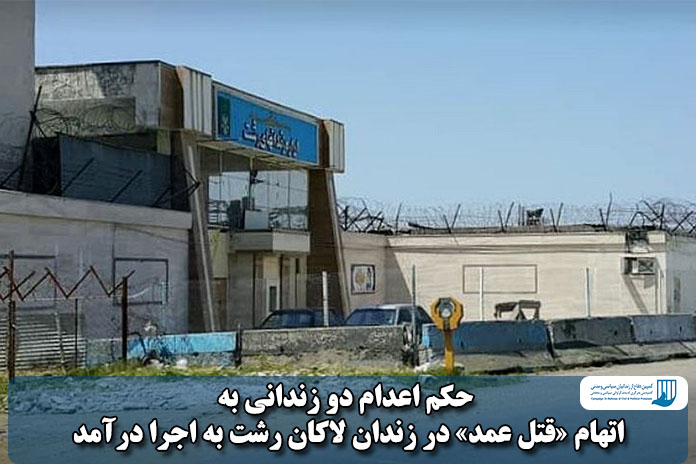 The sentences of two prisoners, Behnam Khanjani and Farhad Ramezanian, who were sentenced to retaliation (execution) on charges of “premeditated murder”, were carried out in Rasht Central Prison.

According to the Campaign for the Defense of Political and Civil Prisoners; The Human Rights Organization of Iran published the news of the execution of two men in Rasht Central Prison yesterday morning, Thursday, June 2nd, 2022.

According to the report, the identities of Behnam Khanjani and Farhad Ramezanian, two convicts convicted of “premeditated murder” and “retaliation,” have been recognized.

Farhad Ramezanian has been sentenced to retaliation for the “premeditated murder” of his wife and has been in prison for about seven years. He had been transferred to solitary confinement for execution on May 17th, 2022.

The execution of the two prisoners has not been announced by the Iranian media or official sources as of this writing.

According to the Human Rights Organization of Iran annual report, at least 183 of the 333 executions carried out in Iran in 2021 were charged with “premeditated murder.”