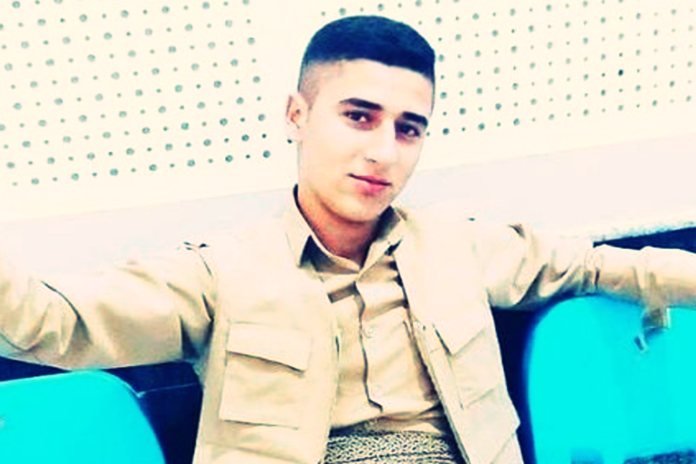 Matin Hassanvand, a political prisoner imprisoned in Maku prison, died after attempting suicide. He was previously sentenced to five years in prison and exile by the Revolutionary Court of Urmia on charges of membership and cooperation with one of the Kurdish opposition parties.

According to the Campaign for the Defense of Political and Civil Prisoners; On Wednesday, July 6th, 2022, Matin Hassanvand, from Oshnoyeh and a political prisoner, died by hanging himself after being sent on leave. Matin Hassanvand was serving a five-year prison term in exile in Maku prison.

According to this report, Matin Hassanvand, after posting a bail, was released temporarily from Maku prison on July 5th, 2022, and on July 6th, 2022, he hanging himself.

It should be noted that Matin Hassanvand, when he was serving his military service in one of the barracks in Oshnoyeh city on 2020, was arrested on the charge of “collaborating with one of the Kurdish parties against the regime” and was sent to the detention center of one of the security agencies. He was transferred to Urmia and after the interrogation process was completed, he was transferred to Urmia central prison.

At the beginning of the proceedings, Matin Hassanvand was tried by the Urmia branch of the Revolutionary Court on the charge of “membership and cooperation in one of the opposition parties against the government of Iran” and sentenced to 5 years of imprisonment and exile to Maku prison.

At the beginning of his prison term, Matin Hassanvand served three years of his total 5-year prison sentence in Urmia Central Prison and then was expelled to Maku County Prison.