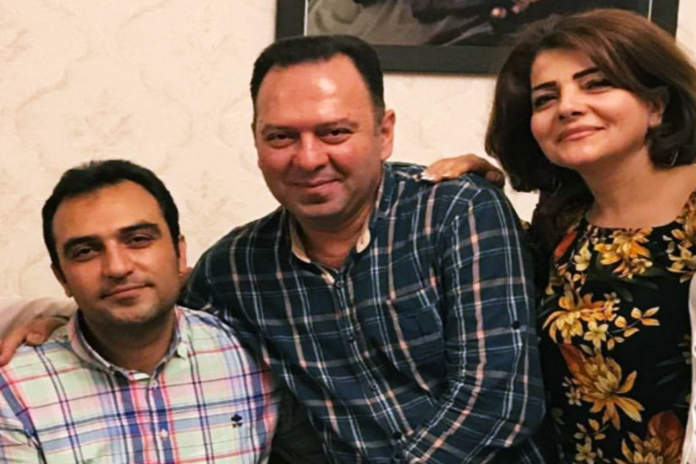 According to the Campaign for the Defense of Political and Civil Prisoners; Saeed Naseri, Hamid Naseri and Afsaneh Emami, three Baha’is from a family living in Tehran, were arrested and transferred to Evin prison to serve their prison term on Monday, August 1st, 2022.

A source close to the families of these Baha’i citizens said: “The arrest of Afsaneh Emami, Hamid Naseri, and Saeed Naseri was carried out with the raid of agents on their home, when none of these people had received a notification for serving their sentence.”

It should be noted that Afsaneh Emami, Saeed Naseri and Hamid Naseri’s brother were previously sentenced to prison in their absence by Branch 26 of the Tehran Revolution Court headed by Iman Afshari. After protesting and approving the appeal request of these 3 Baha’i citizens, their court was held by the branch The 28th Tehran Revolutionary Court headed by Mohammad Reza Amozad, and on this basis, Afsaneh Emami was sentenced to three years in prison on the charge of acting against national security through being a member of a gang, and Hamid Naseri and his brother Saeed Naseri for the same charges were each sentenced to two years of imprisonment. This sentence was confirmed in Branch 36 of the Court of Appeal of Tehran Province.

On February 2nd, 2019, Afsaneh Emami was arrested by the agents of the Ministry of Information and transferred to Ward 209 of this security organization located in Evin Prison.

Also, Hamid Naseri and his brother Saeed Naseri were arrested by the Ministry of Information agents and were taken to Evin prison for questioning on February 19th, 2019.