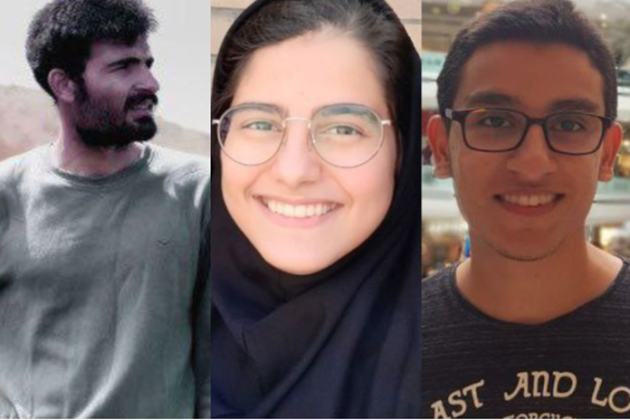 According to the Campaign for the Defense of Political and Civil Prisoners; In recent days, Mohammad Javaheri, a master’s degree student in the field of youth studies at the Faculty of Social Sciences of the University of Tehran, was sentenced to a total of four years and seven months in prison, lashes, ban from leaving the country, and ban on membership in political and social parties and groups by one of the branches of the Revolutionary Court in Tehran.

According to the verdict that was recently delivered to Mohammad Javaheri, this Tehran University student sentenced to three years and seven months in prison for the charge of (assembly and collusion with the intention of disrupting the security of the country), and one year of penal servitude for the charge of (disturbance of public order). He also was sentenced to 74 lashes, two years of ban on leaving the country and two years of exclusion from membership in political and social parties, groups and groups as an additional punishment.

Assuming this verdict is approved by the Court of Appeal of Tehran Province and the application of Article 134 of the Islamic Penal Code, Mohammad Javaheri will be sentenced to 3 years and seven months in prison

It should be noted that Mohammad Javaheri, on September 26th, 2022, at the same time as the protest gathering and demonstrations were held in the Koi student dormitory of the University of Tehran, was first expelled from the student dormitory of the University of Tehran and while he was going to the passenger terminal to return to his city, he was arrested by the security forces. After being transferred to the detention center and during interrogation and interrogation, he was released on 500 million Tomans bond on October 17th, 2022.

In another news, on Tuesday, November 22nd, 2022, Binyamin Moghdisi, an engineering student in the field of industry at the University of Tehran, was sentenced to a total of 5 years in prison by Branch 29 of the Tehran Revolutionary Court headed by Ali Mazloum.

In addition, in recent days, Azin Saeedi Nasab, a student of environment in Tehran University, has been sentenced to a total of 5 years in prison by one of the branches of Tehran Revolutionary Court.

According to this report, there is no information about the legal basis of the accusations attributed to Binyamin Moghdisi and Azin Saeedi Nasab during the interrogation and investigation stages.

Also, it is not clear on which date the investigation session and trial of Binyamin Moghdisi and Azin Saeedi Nasab was held in the Revolutionary Court of Tehran.
It is necessary to mention that Benyamin Moghdisi was arrested by the security forces in Tehran on Saturday, September 24th, 2022. He was transferred to Evin prison, and after charges was communicated to her during interrogation, he was then transferred to the general ward in Evin prison.

Azin Saeedi Nasab was also arrested by the security forces on September 22nd, 2022, during nationwide protests, and after being transferred to the detention center and after explanation of charges during the interrogation, she was then transferred to Qarchak Varamin prison.