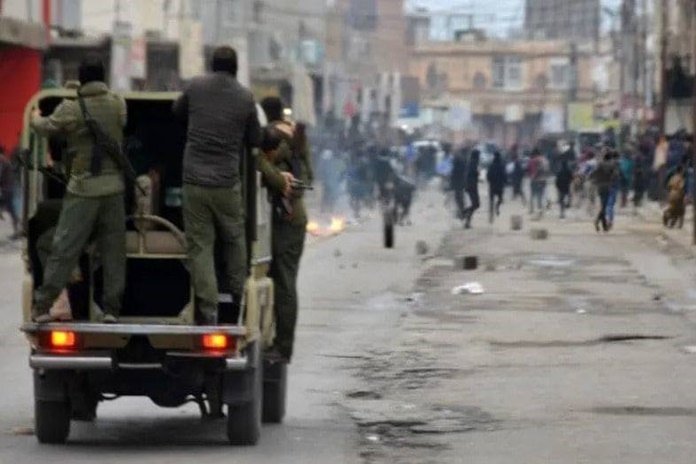 Press Release by the Campaign for the Defense of Political and Civil Prisoners in Iran
Since the beginning of the revolutionary uprising of Zina (Mahsa) Amini in Kurdistan and Iran, the Islamic regime that is armed to the teeth, without any restrictions, killing in Kurdistan. Children, students, women, youth and protesting citizens are shot. They are arrested, subjected to excruciating and terrible tortures, raped and seriously physically harmed, killed under torture, forced to make false confessions about themselves, sentenced to death and finally killed. Only on the charge of demanding the most basic universal human rights, namely freedom, human dignity and expressing the rightful demands of citizenship!

The Islamic regime in Kurdistan, West Azerbaijan and Kermanshah is committing crimes against humanity. Police, military, security and plainclothes agents have surrounded the Kurdish cities.
They have established round-the-clock martial law, turned cities into battlefields, and slaughtered Kurdish citizens without any fear of punishment.

Protesting citizens are injured and killed with deadly weapons. Political prisoners are tortured in the worst possible way in prison, and are sentenced to long prison terms and death sentences in unfair trials of a few minutes.

The Campaign for the Defense of Political and Civil Prisoners in Iran, which has many years of monitoring and reporting cases of human rights violations against Iranian citizens, asking the UN Special Rapporteur on Iran’s Human Rights, the UN Human Rights Council’s fact-finding committee, all international institutions Human rights watchdog, Iranian and regional organizations defending human rights, high-profile media, European Union, powerful governments in the international arena, journalists, human rights defenders, celebrated people and the general public to demand for the rights of Kurdish citizens with any immediate action and creative ways, and to raise an outcry in defense of Kurdistan.

Kurdish cities are surrounded by the repressive forces of the Islamic regime and a huge humanitarian disaster is taking place.
Be a defender of human rights and support the true children of this unique revolution, the Zina Revolution, with the slogan of women, life, freedom in Kurdistan and Iran, until this revolutionary uprising of the people of Iran comes to fruition.

Campaign for the Defense of Political and Civil Prisoners in Iran
Friday, December 2nd, 2022