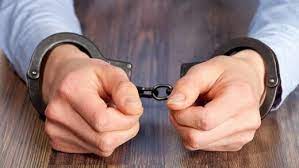 Intelligence forces of IRGC arrested several citizens in Alborz and Qom provinces. Also,
the police commander of Fereydunkenar city announced the arrest of a number of
citizens on charges of writing slogans.

According to the Campaign for the Defense of Political and Civil Prisoners; In recent
days, three young citizens, residents of Pardis from Karaj, the capital of Alborz province,
were accused of “writing slogans”, “distributing pamphlets for holding a protest rally” and
“sending videos and photos of protests to foreign media”. They were arrested by IRGC
intelligence agents in Imam Hassan Mojtabi&#39;s camp in this province.
This report is a prepared video of the forced confessions of two girls between the ages
of 15 and 20 on the charge of “distributing leaflets and pamphlets for a protest rally” and
a teenage boy around 18 years of age on the charge of “sending videos and photos of
nationwide protests to the media abroad”.
As of this writing, there is no information about the condition and whereabouts of these
3 arrested teenagers.
But Tasnim news agency also announced in a news; In recent days, IRGC intelligence
agents in Qom province arrested a number of citizens on the charge of (“actions on
disrupting security in cyberspace”.
In this report, referring to the public relations statement of Ali Ibn Abi Talib Qom, it is
claimed: &quot;A number of the main leaders active in the cyberspace, who played a leading
role in carrying out measures that disrupt security in the province, were identified and
arrested.&quot;
Also, in another part of the Revolutionary Guards announcement, it is claimed: &quot;During
the recent riots, the members of this network engaged in extensive activities in the field
of inviting other citizens to join the riots, encouraging them to write slogans, distributing
pamphlets, insulting the clergy by “throwing their turbans” and other actions that disrupt
public security.”
In addition, the website of Shamal News announced; on Thursday, December 8 th , 2022,
Hasan Hashempour, the police chief of Fereydunkenar city located in Mazandaran
province, announced the arrest of a number of citizens on charges of “writing slogans
with the intention of disrupting security” and “inciting the community”.
In explaining this news, the police commander of Fereydunkenar city claimed: &quot;Citizens
who were deceived by writing offensive slogans in the city, intended to disturb the
security and provoke the community, and were identified and arrested by the
intelligence and public security police officers of the city.&quot;