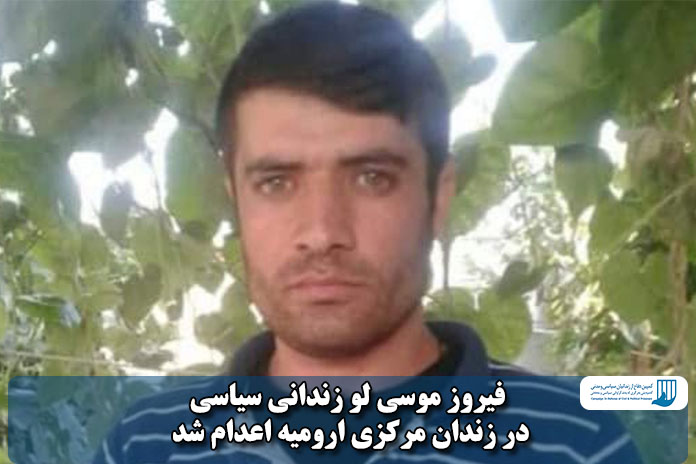 Firuz Musalou, a political prisoner, was executed in Urmia Central Prison. He was transferred to solitary confinement on Saturday after being summoned to a prison guard officer. This prisoner was executed without visiting his family.

According to the Campaign for the Defense of Political and Civil Prisoners; Firuz Musalou, a resident of Qatur district of Khoy city in West Azerbaijan province and a political prisoner sentenced to “retaliation” was executed in Urmia prison on Monday, June 20th, 2022.

Firuz Musalou was arrested in Sardasht in July 2019 after returning to Iran and presenting himself to the Revolutionary Guards. After interrogation, he was transferred to Urmia Central Prison.

On July 11th, 2019, Firuz Musalou, while receiving an amnesty letter from the Iranian embassy in Iraqi Kurdistan, was arrested by Revolutionary Guards intelligence agents after entering the country in the city of Sardasht and interrogated at the detention center of this agency in the city of Urmia, the capital of West Azerbaijan Province.

He was transferred to Urmia Central Prison, after completing the interrogation and informing charges on January 1st, 2020.

This political prisoner was also transferred from Ward 12 of Urmia Central Prison to an unknown location without prior notice on June 20th, 2022. Afterwards, he was returned to Urmia Prison.

Firuz Musalou was deprived of access to a lawyer and other citizenship rights during interrogation and indictment.