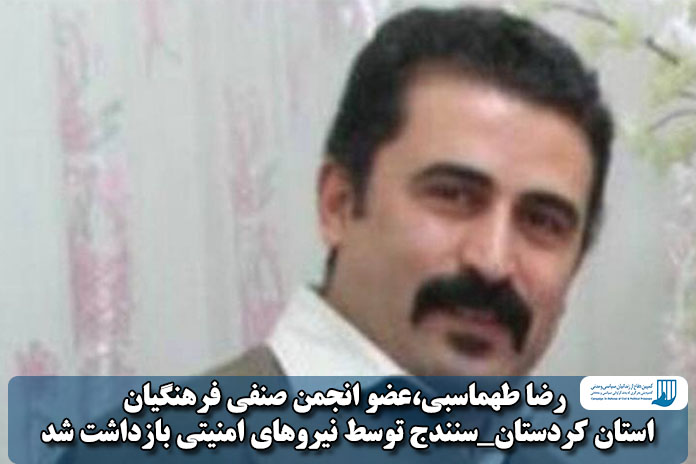 Reza Tahmasebi, a member of the Kurdistan Province Cultural Association, was arrested by security forces in Sanandaj and taken to an unknown location. The details of the charges against this union activist are not yet known.

According to the Campaign to Defend Political and Civil Prisoners; The Coordination Council of the country’s cultural unions on Monday, June 20th, 2022 in a report wrote: Reza Tahmasebi, a member of the Kurdistan Cultural Guild Association, was arrested by security forces in Sanandaj.

According to this report, no information is available on the reason for Reza Tahmasebi’s arrest, charges, and whereabouts as of this writing.

Ban on trade union activity violates Article 20 of the Universal Declaration of Human Rights and the provisions of Articles 21 and 22 of the International Covenant on Civil and Political Rights.

Summoning, arresting and filing cases against trade union activists take place while their demands are trade related and are for achieving their rights and in accordance with Article 27 of the Iranian Constitution.