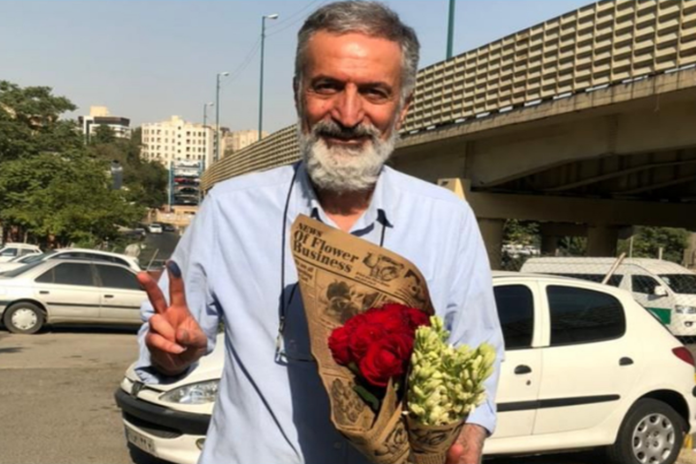 Mohammad Taghi Fallahi, a retired teacher and political prisoner, imprisoned in Evin Prison, was released from Evin prison at the end of his sentence. He was previously sentenced to six months in prison by the Tehran Revolutionary Court.

According to the Campaign for the Defense of Political and Civil Prisoners; Mohammad Taghi Fallahi, a retired teacher and Education trade union activist and a political prisoner imprisoned in Evin prison, was released after serving six months of imprisonment on Sunday, July 17TH, 2022.

It should be noted that Mohammad Taghi Fallahi was arrested, after the security agents went to his house and took him to Ward 4 of Evin Prison to serve his six-month prison term on January 19th, 2022.

On August 7th, 2020, this retired teacher was sentenced to 2 years in prison by branch 26 of the Tehran Revolutionary Court headed by Iman Afshari, on charges related to trade union activities and the demands of teachers. After his protest and referring the case to branch 36 The Court of Appeals of Tehran province, the verdict was confirmed on October 19th, 2020.

By protesting again and referring the case of this educational trade union activist to the country Supreme Court and hearing the Mohammad Taghi Fallahi’s defenses and his defense lawyer, he was sentenced to 6 months in prison.

This educational trade union activist was arrested following the security agents raid on his home in Tehran on February 8th, 2020.

After being transferred to Evin Prion Ward 209, and after the completion of the interrogation and charge investigation process, he was released on bail on February 16th, 2020.